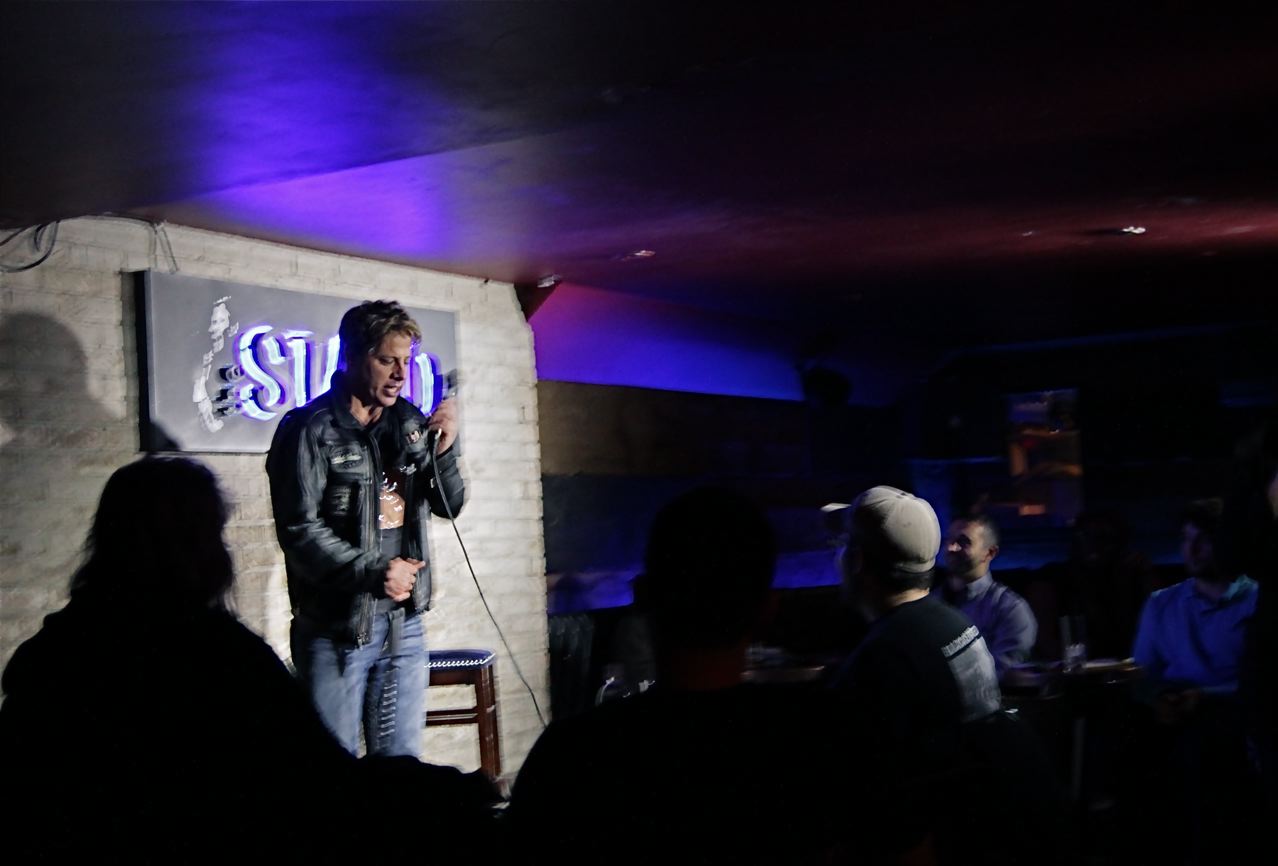 Johnny Montana is the quintessential Brooklyn boy who started his stand up and acting career in Los Angeles.  Working at places like the Comedy Store, he grew impatient, always waiting for mic time. So, he decided to start his own show down on the Sunset Strip at the Hustler Cafe.  There he put together a variety show incorporating comedy and other talent.  This successful venture led him to other venues and ultimately back to his hometown, where he produced shows at clubs and lounges around New York City.  Johnny’s productions always feature up-and-coming new talent including comics, singers and other performers.

“Johnny Montana has a quick mind with a quicker mouth and a near manic energy level with a New York edge” LA Magazine
“Johnny Montana introduces the next act, flies off the stage and grabs a couple down the street, escorts them in to take front row seats.  Suddenly he is back at the mic working them into a bit.  His energy is truly endless!”  LA Weekly

Johnny eventually realized his ultimate dream- to write, produce, direct and star in his own feature film.  His critically acclaimed film, Johnny Montana, Johnnymontanathemovie.com, has shown in film festivals around the world and has won several awards.  He is ready now to re-launch his comedy persona and produce more legendary showcases.